Please feel free to browse our gallery of completed & ongoing restorations, race bike builds & all things motorcycling. We will be updating the gallery on a regular basis with pictures of new projects & builds, race meetings, enduro days & general motorcycling carnage!!

We will be attending various shows & Classic Bike meetings with some of our bikes throughout the year, including competing at the C.R.M.C. Classic Championship & attending the Donington International & the Goodwood Revival Meeting. We will be posting pictures of all the events as the season progresses. 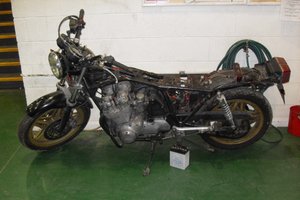 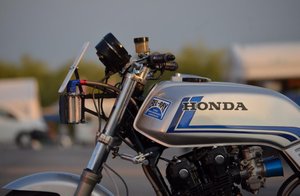 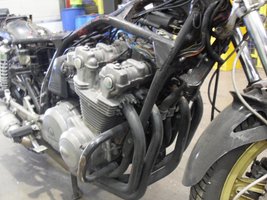 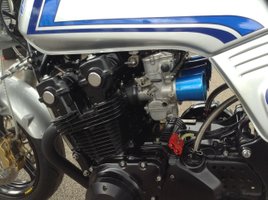 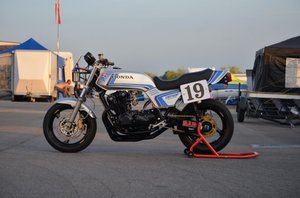 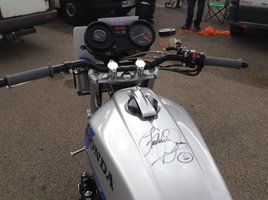 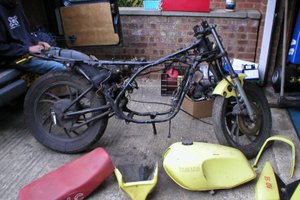 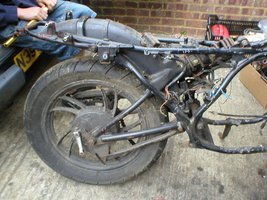 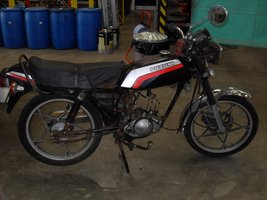 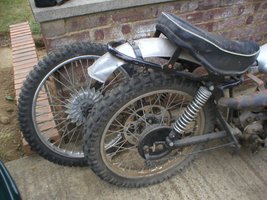 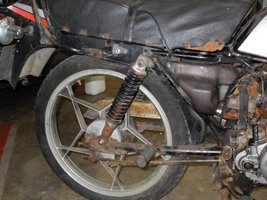 My mates, Ben & Ollie Trayhorn playing in the dirt!! 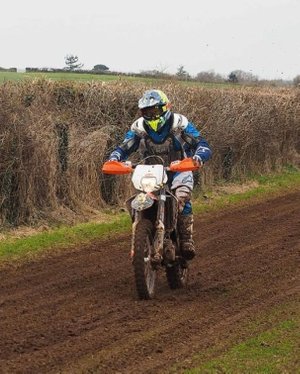 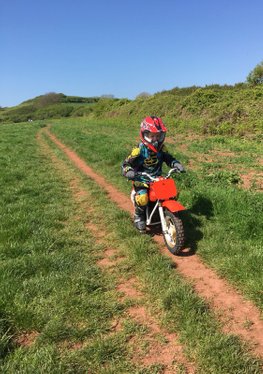 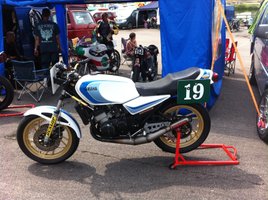 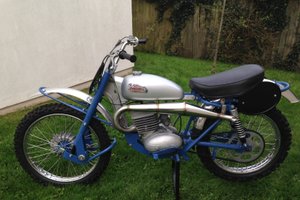 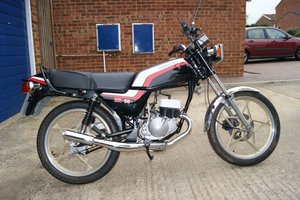 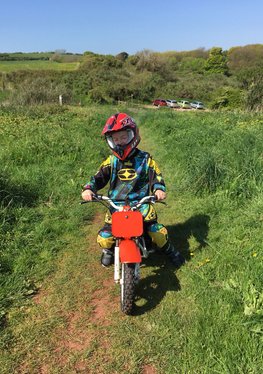 South Devon Classics were fortunate to be able to help out Mark Drapers Haybuck Motorcycles Supersport 300 team at a Donington Park round of the British Superbike Championship. Mark had an additional KTM 390 out at the meeting for Seth Crump, son of former World Speedway Champion Jason Crump. Was a busy weekend!!

South Devon Classics were also fortunate to be able to help out Mark Drapers Haybuck Motorcycles Supersport 300 team at the British Donington Park round of the World Superbike Championship where rider Trystan Finocchiaro had a British "Wild Card" entry.

Me & Dave, or the "Old Pensioners" as Mark calls us, are not the most attractive of "Brolly Dollies"!!! 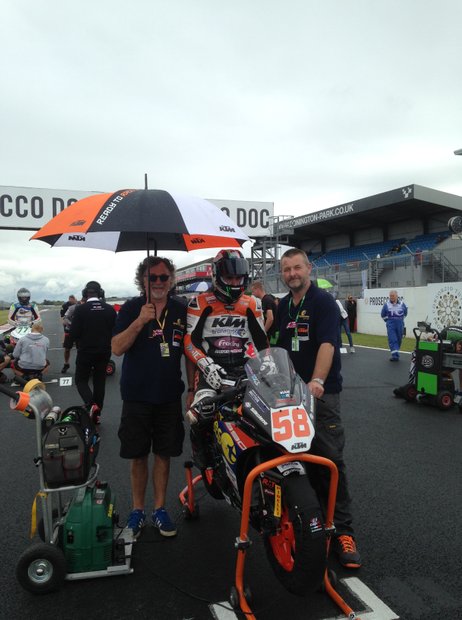 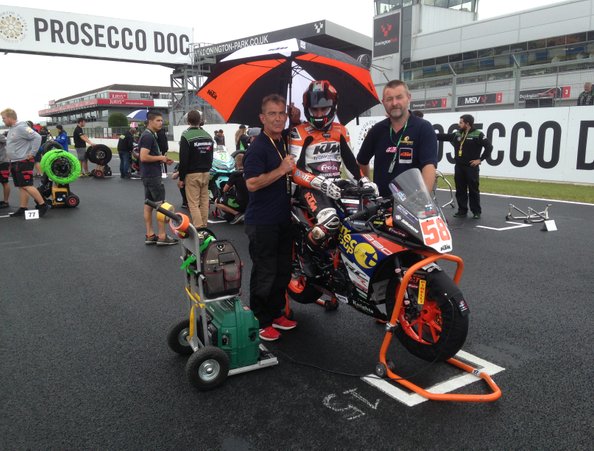 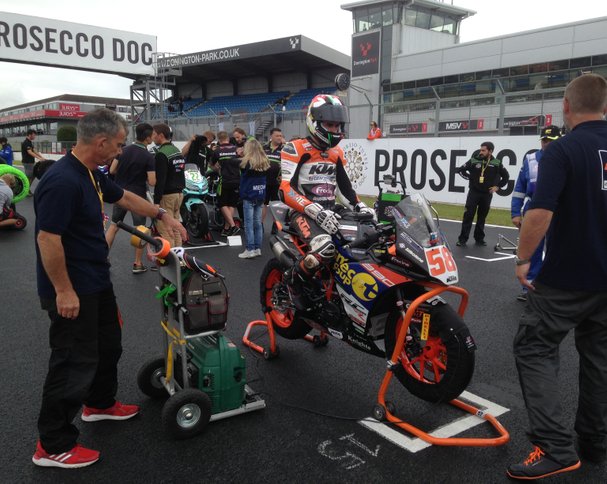 A busy weekend at the Goodwood Revival. The Manx Norton we were running holed a piston during Friday practice due to the wrong fuel being used. Engine was removed & stripped Friday afternoon & a "body" was sent to Bristol to collect a piston. Saturday morning early start, breakfast consumed & engine rebuilt, back in frame & on the grid by midday!!! Result.

A customer contacted us to repaint the fuel tank & rewire his "Purple Popsicle" Yamaha FS1-E. Upon inspection & checking of the Chassis Number, we dicovered that the bike was really an SS50 "Sixteener Special" & should have been Candy Gold. In addition to a complete repaint, which was carried out by Lee Thompson of St. Marys Bodyworks, Brixham, we also built two new wheels with new rims & spokes. A very happy customer!! 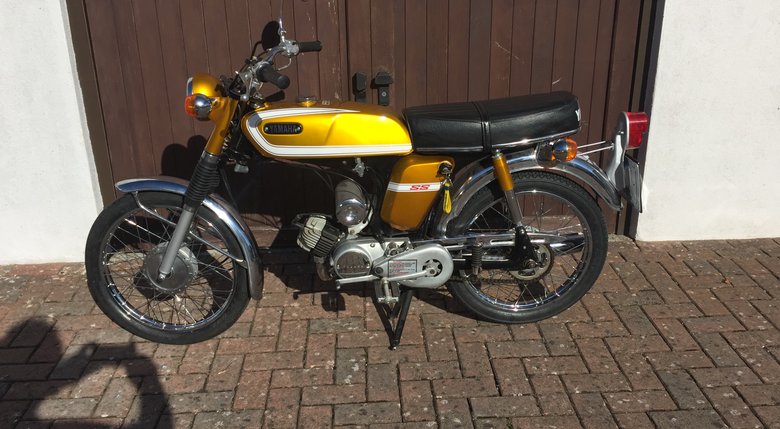 Before relocating to Devon at the end of 2016, i had been sprinting my faithfull Yamaha RD250LC "Aunty Elsie" at Santa Pod Raceway when the crank seals blew & she started smoking badley. She was looking somewhat forlorn & battle scarred parked at the back of the garage & therefore after moving house, I decided that a major makeover was required. So a complete strip & rebuild was commenced with a full engine rebuild including rebore, pistons, crank seals, bearings & clutch assembly. The frame was repainted with the addition of a side stand bracket being reattached. The tank was leaking & needed welding so a repaint was required. I decided on a colour scheme to pay homage to the Gauloise Yamaha's Grand Prix bikes of the 1980's as ridden by Christian Sarron. The graphics were specially printed in the Gauloise colours & then the tank & bodywork was dispatched to Lee Thompson at St. Marys Bodyworks in Brixham where he worked his painting magic!!

The result as you can see, i think, is quite stunning. Thank you Lee. 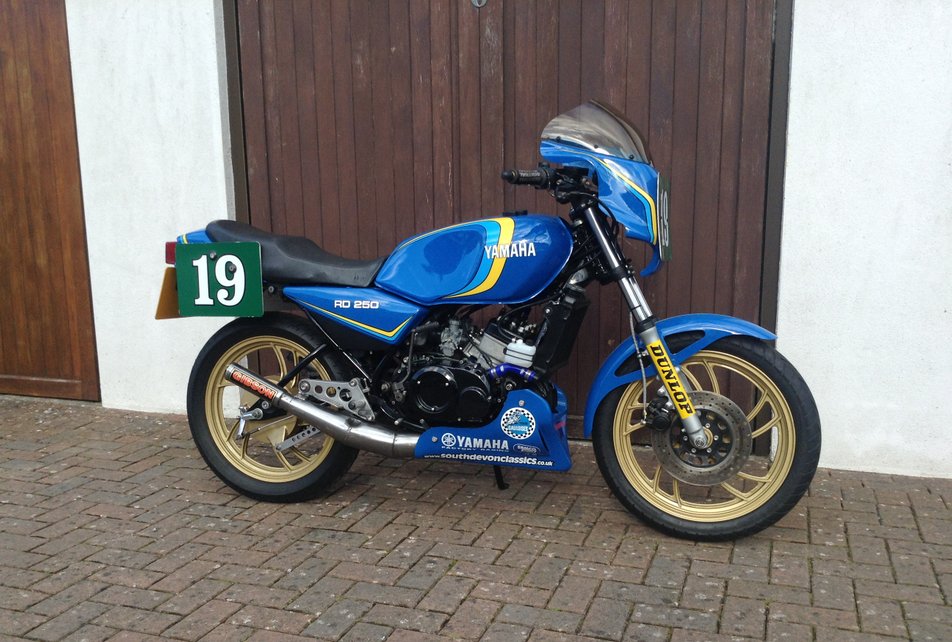 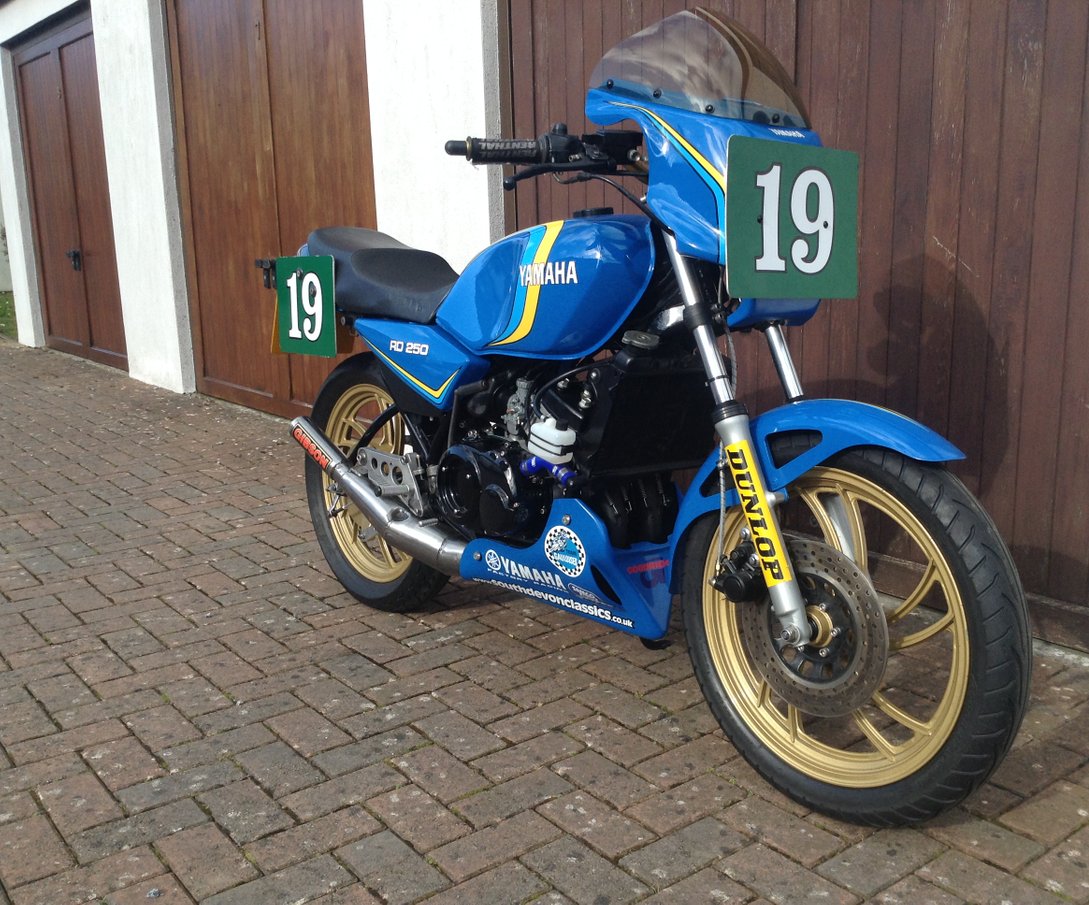 South Devon Classics were pleased to be at  the Goodwood Revival Meeting 2021 after the meeting the previous year was cancelled due to the Pandemic. We were helping Richard Hann on his Manx Norton in the Barry Sheene Memorial Race where Richard was partnered with BSB Superstock rider, Alex Olsen. Here are a few images of the event courtesy of Stephen Davison Photography. 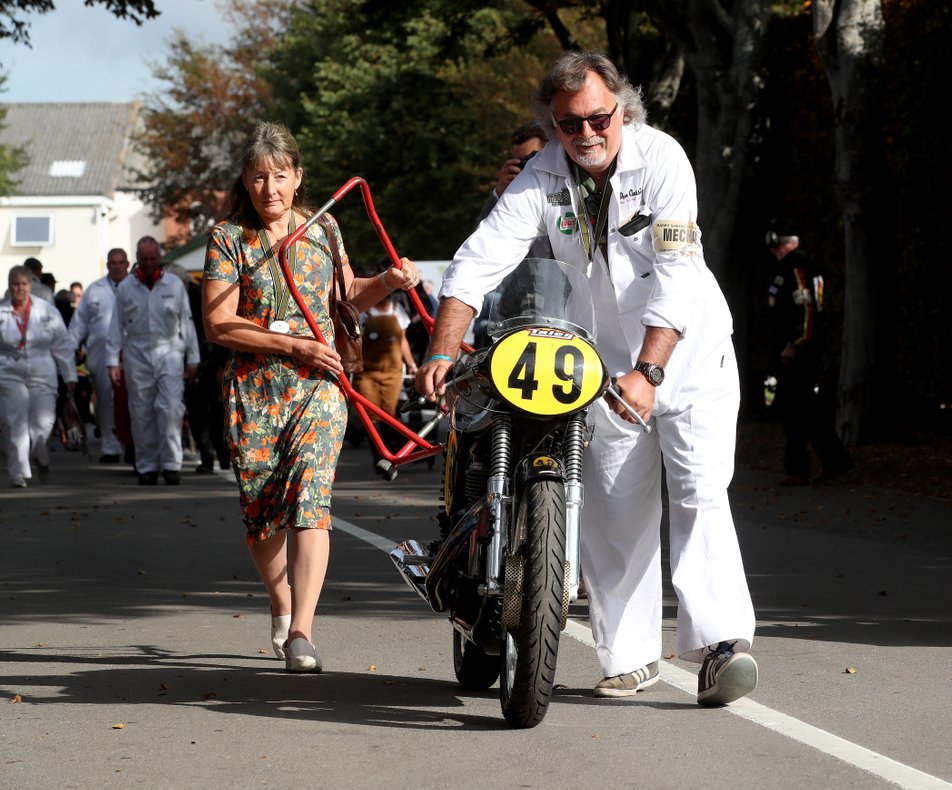 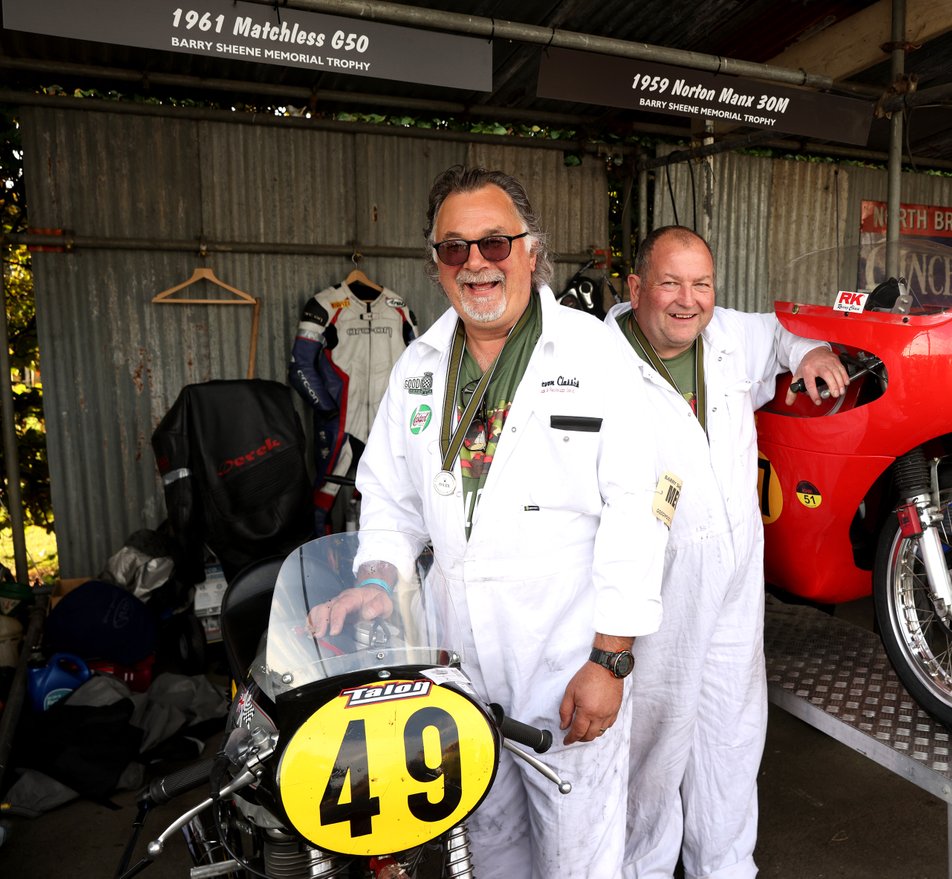 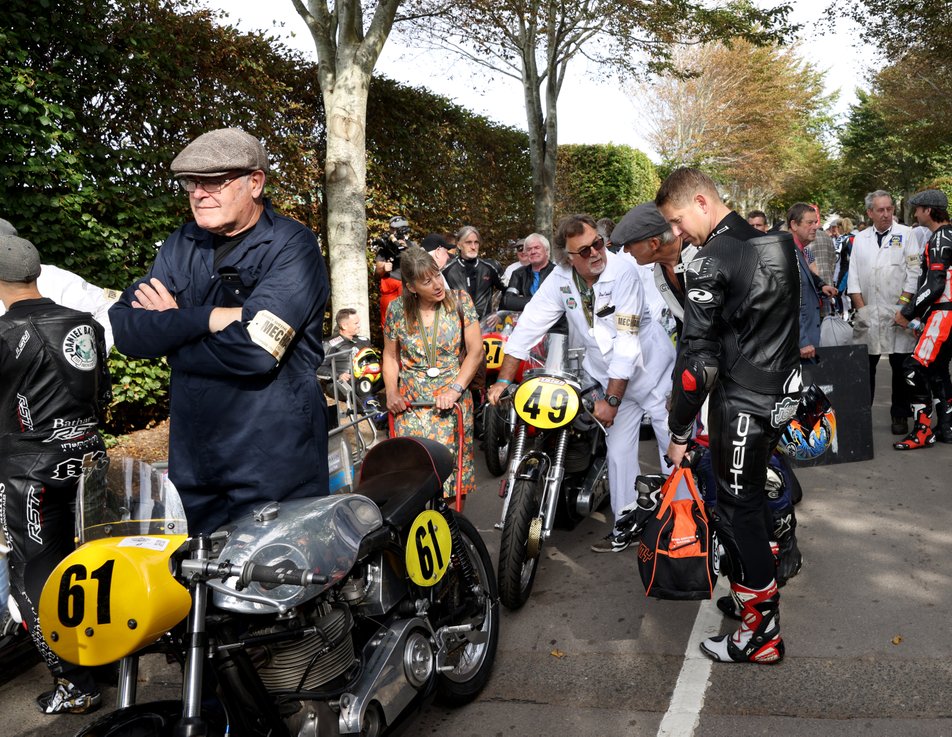 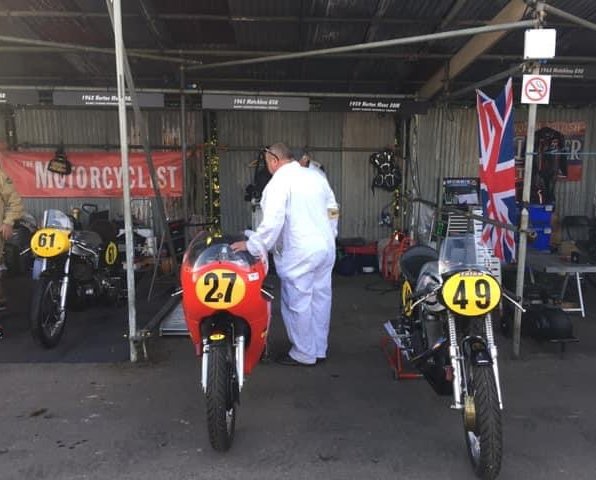 The office for the weekend. 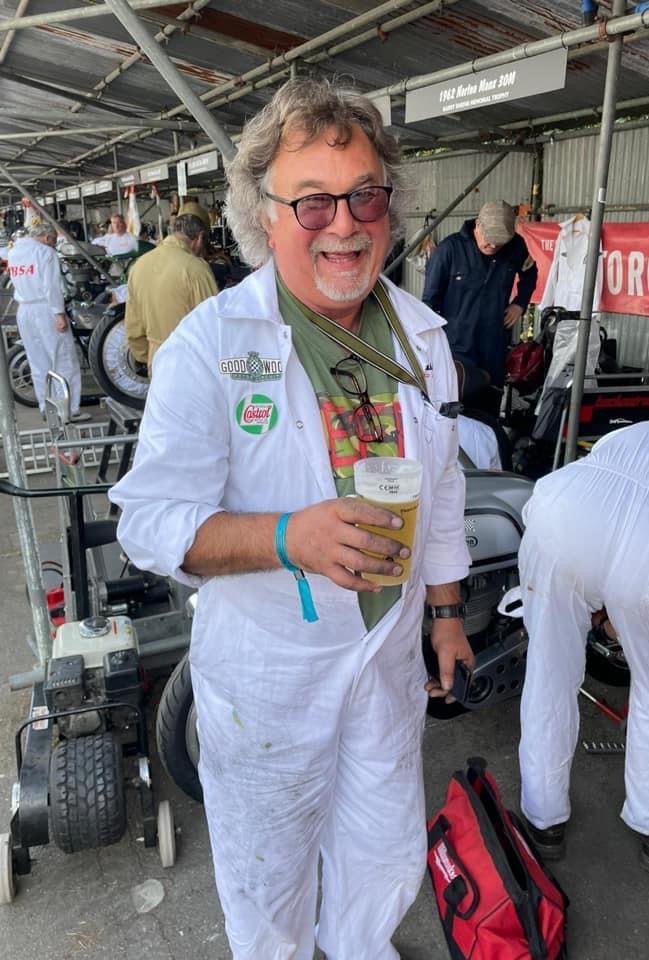 Race is over, bike prepped for race two, must be " beer o'clock "